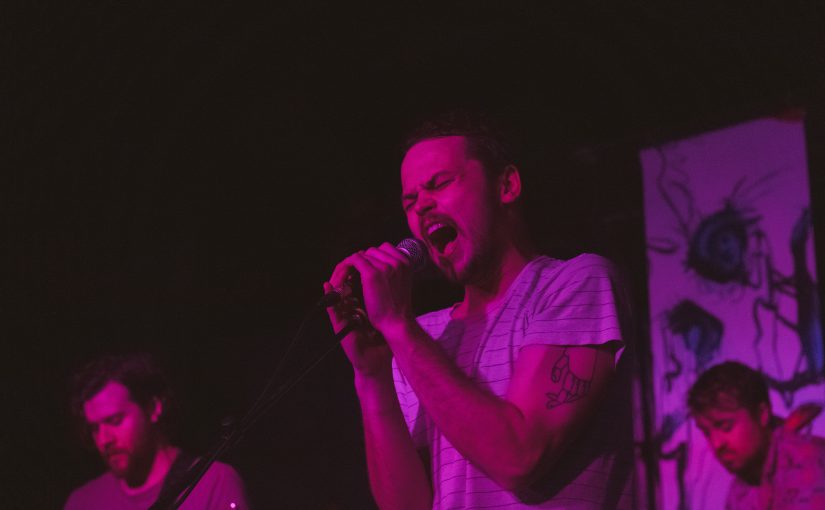 It’s time to focus on one of Nashville’s celebrated rock n’ roll bands.

Future Thieves rolled into Charlotte, fresh off of releasing a new single entitled “Focus”. Weeks after selling out the Basement East in Nashville, these guys carried that same energy to Charlotte.

If there’s one thing to be said about these guys, is that they get the concept of straight forward, no frills rock and roll. I can remember about half way through the set, seeing bass player Nick Goss’ bass amp visibly rocking from side to side. That’s the energy of this band. That’s what they give you any night of the week.

Old favorites such as “Rosie” and “Horizon Line” were main staples in the set, but newer songs such as “Machines” and the newest of the bunch “Focus” really showed the creativity and versatility of the Future Thieves sound. These guys have found a really great sound that can appeal to not only rock n’ roll purists, but to fans of other pop centered genres.

Their last time in Charlotte was on October 5th, when they did a set for Sofar Sounds(a really cool music concept that you should check out). When talking about Sofar Sounds during the set, lead singer Elliot Collet was quick to praise the stripped down nature of the performance and the connection that it brings to the listener. That’s really the root of the success these guys have had so far. They love the connection between band and listener. They want to give you the best show possible, all the time, every time…and they always overdeliver.

Future Thieves has a couple remaining dates on their current tour schedule. Go support a band that thrives on real, pure music. I promise you’ll be a future fan.