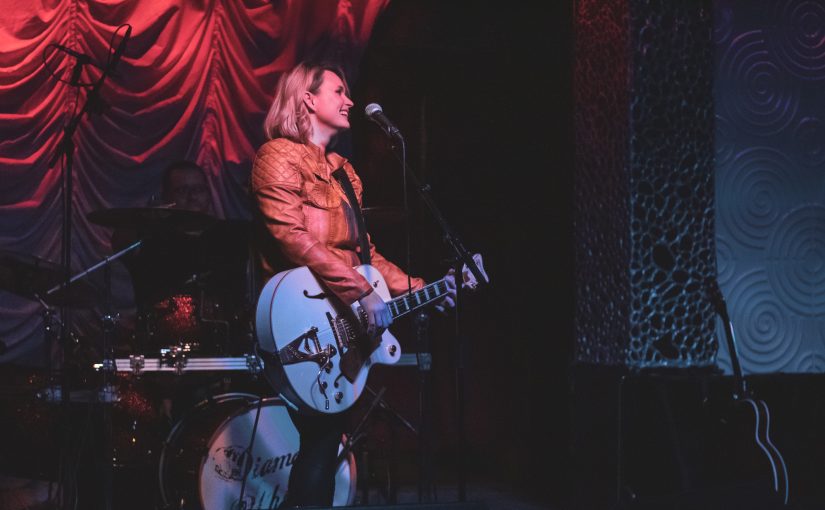 One of Charlotte’s country gems puts on one hell of a show.

A chilly night in January. Running from car to venue in order not to freeze was a requirement. Once inside, a warm welcome was made to Diamonds and Whiskey as they started their set.

With a kick of the leg on every downbeat, Von Bury(the guitar player for D&W) first caught my eye with his energetic stage presence and ferocious lead tones.

The band started out strong and loud, pairing original songs with some well known cover songs by Kings of Leon and other classic rock icons. When it was time for the energy of the set to come down, it was for good reason.

Jenny Webb(lead singer and guitar player for D&W) announced that they would play a song they had never done before live. The song entitled “hero” was about Jenny’s fight with Lyme disease.

It was honestly my favorite part of the night, showing how such a terrible ordeal can lead to such a moving song. If I didn’t know it was the first time this band had played this song live, I would have thought it had been a staple in their set for years.

After such an emotional & moving song, the band launched back into more original songs with the occasional cover song thrown in. Notably “Buy Me A Boat” by Chris Janson was a welcome surprise.

After the final song had been played, and the lights had come up, I was left with a really great feeling about this band. Their fans are loyal hard-working folks that just want to have a good time, they play no-frills in your face country-rock, and as a band they really gel well together.

Diamonds & Whiskey was on fire on a cold January night.